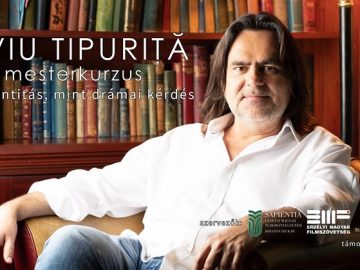 It’s the question that all good stories ask. Its presence engages and fascinates viewers; it’s absence bores them, makes them switch off.
It’s the question that we ask ourselves, day in and day out, about the people we encounter in life, about the characters that we watch on the screen.
It’s the driving force of any narrative; the heartbeat, the electricity of drama.
If there’s a single secret to storytelling that filmmakers need to be fully aware of, it can be summed up in this question: Who is this person?

In this Masterclass, Bafta-nominated Director/Producer/Screenwriter, Liviu Tipuriță discusses the crucial dramatic question of identity in documentary, fiction, reality and psychology, illustrating it with case studies from his work.
He introduces a model of the human mind based on neuroscience that can be used by directors, writers and actors to create compelling characters and tell engaging stories.

Liviu Tipuriță is a BAFTA-nominated Director/Producer. He has worked in television for 25 years with flagship TV documentary strands in the UK and US – at the BBC, CHANNEL 4, ITV, CNN, NBC, CBS and ARTE. He has won numerous prestigious international awards including The George Polk Award for Investigation, Foreign Press Awards and The Royal Television Society Award.
For an important part of his career, Liviu specialised in investigative documentaries. He has worked undercover to expose gangsters trafficking women, children, drugs and weapons. His documentaries feature several major international police investigations.
Liviu also works in fiction. He has written three feature-length scripts and has directed and produced an independent feature film, Luck, which will be released next year.
Liviu has a particular interest in psychology and neuroscience. He is currently developing a TV series on Hypnosis. He is a fully qualified hypnotherapist, a full member of UK’s National Council of Hypnotherapy and has a clinical practice in London’s world-famous Harley Street.
Born and raised in Transylvania, Liviu moved to the United Kingdom in the early nineties to study film directing and scriptwriting. He has been living and working in London for the past 20 years. He is a voting member of the British Academy of Film and Television (BAFTA), Directors UK and the Royal Television Society (RTS).

The Masterclass will be held in English.