Acasă » Evenimente » A penny for your thoughts

A penny for your thoughts 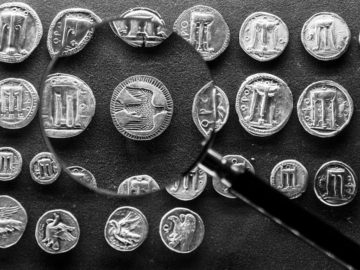 Throughout Roman occupation, coin issue in Britain fluctuated as second century gave way to the turbulence of the third. With a decrease in coin value and imperial longevity, Roman emperors recognized that coin imagery could be utilized as a detailed record of their rule. What messages where these emperors putting on their coins, and how did these images evolve over the course of the 2nd and 3rd centuries? Did Roman citizens notice these changes? Did they affect the perception of coin value?

Flora is an Archaeology researcher with the American Fulbright program in Romania. She received her B.A. at the University of Maryland, Baltimore County where she studied Roman History and Archaeology. Her thesis focused on images and wear in Romano-British coin hoards, and how this reflected contemporary spending. Here in Cluj, she will be applying the same methods to hoards in Dacia (Ancient Romania) to see how citizens regarded the coinage sent to this province.